Electronic commerce, commonly known as e-commerce or eCommerce, consists of the buying and selling of products or services over electronic systems such as the Internet and other computer networks. The amount of trade conducted electronically has grown dramatically since the spread of the Internet.

Electronic commerce that is conducted between businesses is referred to as Business-to-business or B2B. B2B can be open to all interested parties (e.g. commodity exchange) or limited to specific, pre-qualified participants (private electronic market).

The meaning of "electronic commerce" has changed over the last 30 years. Originally, "electronic commerce" meant the facilitation of commercial transactions electronically, using technology such as Electronic Data Interchange (EDI) and Electronic Funds Transfer (EFT). These were both introduced in the late 1970s, allowing businesses to send commercial documents like purchase orders or invoices electronically. The growth and acceptance of credit cards, automated teller machines (ATM) and telephone banking in the 1980s were also forms of e-commerce. From the 1990s onwards, e-commerce would additionally include enterprise resource planning systems (ERP), data mining and data warehousing. 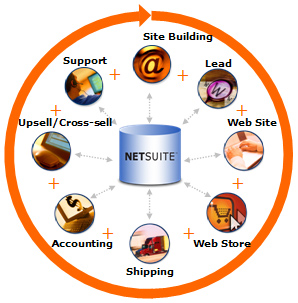 When the Web first became well-known among the general public in 1994, many journalists and pundits forecast that e-commerce would soon become a major economic sector. However, it took about four years for security protocols (like HTTPS) to become sufficiently developed and widely deployed. Subsequently, between 1998 and 2000, a substantial number of businesses in the United States and Western Europe developed rudimentary web sites.