Web development is a broad term for any activities related to developing a web site for the World Wide Web or an intranet. This can include e-commerce business development, web design, web content development, client-side/server-side coding, and web server configuration.

Web development as an Industry

Since the mid-1990s, web development has been one of the fastest growing industries in the world.

The web development industry is expected to grow over 20% by 2010. 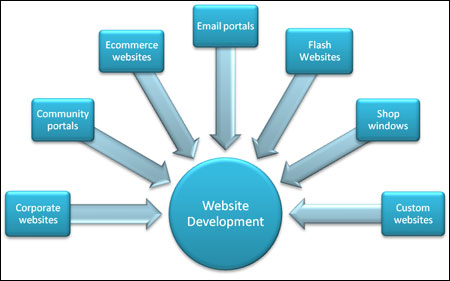 In addition, cost of Web site development and hosting has dropped dramatically during this time. Instead of costing tens of thousands of dollars, as was the case for early websites, one can now develop a simple web site for less than a thousand dollars, depending on the complexity and amount of content.

Web development takes into account a lot of things, such as data entry error checking through forms, as well as sanitization of the data that is entered in those fields.